Hoogi is a Passive Mob That Don't Attack players when near at them or attacking it. it may detect as a color green dot in the Minimap when players enables a "Entities Radar" from Rei's Minimap Mod.

Hoogi has 2 Main Colors including Tan And Cream. It also has some minor colors including Silver And Gray. it is a normal sized mod that has the same size as from the players has. but unlike from its appearance. Hoogi's physical size was 1x2x1 (Length x Height x Width) Blocks big. it has 2 arms and legs that they don't move and on its hands has 3 razor sharp fingers each.

Hoogi is added in version 130B9 Snapshot of Mixelcraft Mod.

Hoogi's Speed is 2.95 which is a normal value for using MCreator.

Hoogi Will Drop a single Quartz Every Time he get killed.

Hoogi Can only spawn in the Desert Biome.

Hoogi is set to 1 mob per spawn within a chunk radius away from another group. 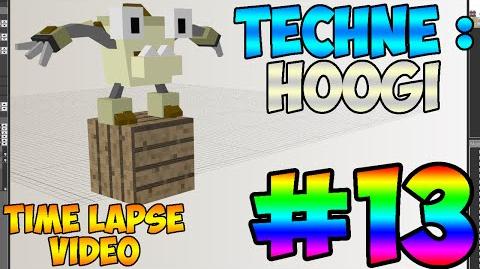 Retrieved from "https://mixelcraft.fandom.com/wiki/Hoogi?oldid=2114"
Community content is available under CC-BY-SA unless otherwise noted.